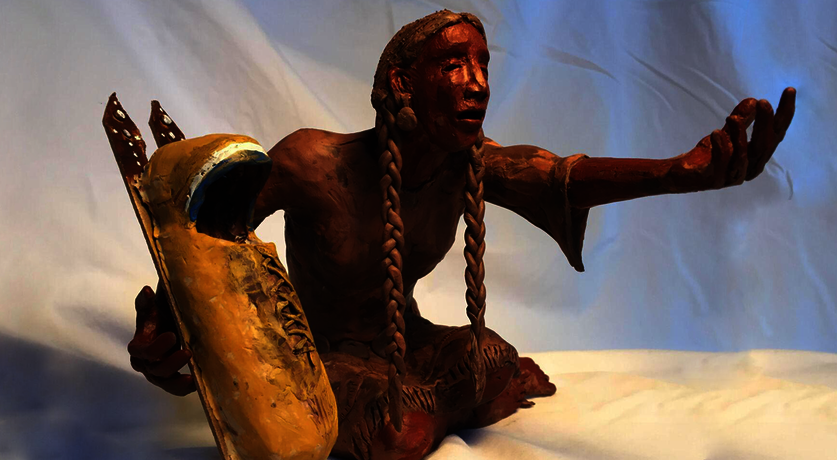 One Earth Future believes that the Sand Creek Memorial is one reminder that working together collaboratively to solve problems together is the best way to address the roots of conflict. The Sand Creek statue is the result of collaboration among the sovereign tribes involved and the government of Colorado, both Republicans and Democrats.

“The Sand Creek Massacre Memorial can help us recognize that confronting the ghosts of our past can inform our conversations today and shape a better future.”

On Friday, November 20, the Colorado Capitol Building Advisory Committee (CBAC) voted in favor of establishing the new Sand Creek Massacre memorial sculpture in Denver after years of thoughtful consideration and dialogue that involved hearing from representatives of the tribes that suffered 156 years ago.

Since the conversation was first sparked six years ago, One Earth Future Foundation founder and CEO, Marcel Arsenault, has been a key supporter of this new memorial, in the interest of honoring the attempts at peace by the massacre’s innocent victims and promoting the lessons that can be learned from the ill-conceived decisions that led to the avoidable violence. Ancestors of those who died and their advocates have been patiently persistent around making their presence felt on the Capitol’s west steps, where a statue of a Civil War cavalry soldier once stood. When that statue was toppled amidst the racial protests in June of this year, many claimed this spot was the ideal location for the memorial, offering local residents and visitors alike a chance to learn from a painful part of Colorado’s history.

“This new statue deserves a prominent place in Denver, symbolic in bringing all of Colorado together. The placement represents Colorado’s character and unites us as a whole by being a poignant reminder to never repeat the mistakes of the past,” Arsenault said.

Back in March 2017, Arsenault committed personal funds and, with the help of his team at OEF, raised additional funds for creation of the new memorial. The location of the statue has been at the center of five years of negotiations, and we are pleased to see that the CBAC and the Colorado Legislature worked through all necessary approvals on the location for this important new monument.

The artist behind the sculpture’s design is Sand Creek descendent Harvey Pratt, who recently unveiled his Native American Veterans Memorial on the National Mall in Washington, DC. Pratt’s vision for the Sand Creek Massacre memorial in Denver, which he says came to him in a dream, depicts a grieving Native American mother.

“This new statute is an opportunity for us all to acknowledge the implications of our decisions around the complex issues at the root of conflict. Not just throughout history, but today as well.  The most devastating issue, armed conflict, is what destroys lives and families and rips at the seams of our social fabric,” Arsenault said.

As we approach the 156th anniversary of the Sand Creek Massacre on Sunday, November 29, it can be a reminder for all that our conflicts have the potential to create similarly tragic stories. Decisions and policies at home and abroad have consequences, and we have a long way to go before peace prevails. Everyone can play a part in choosing peaceful resolution to our conflicting views.

One Earth Future believes that this is one reminder that working together collaboratively to solve problems together is the best way to address the roots of conflict. The Sand Creek statue is the result of collaboration among the sovereign tribes involved and the government of Colorado, both Republicans and Democrats. Thanksgiving is a time of gratitude for many, but is also a time of sorrow for many Native Americans. We hope the memorial not only helps bring peace to the ancestors of those involved in the tragic event, but also helps remind us to come together for peaceful collaboration around the current day conflicts.

To learn about the historical details of the Sand Creek Massacre, visit the National Park Service’s website on the subject. To learn more about the background on the SCM Memorial planned for Denver check out Colorado Springs Gazette.