There has been a growing call for the need for women’s participation in all aspects of society- yet often this call focuses only on the gaps that currently exist- rather than on the impact of involving women.

Increasingly, though, an evidence-based argument is taking shape. Whether in local police forces, on-the-ground peacekeeping forces, UN bodies, elected positions and governing bodies, or in high courts, increasing the number of women at the table has a tangible positive impact, including reducing corruption, increasing trust, and creating more sustainable peace. 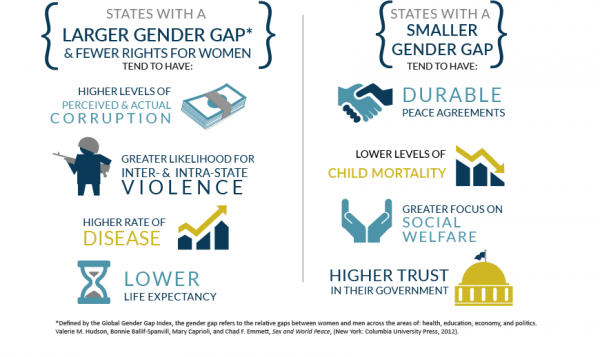