While there is insufficient evidence to prove that North Korea is pursuing countermeasures or penetration aids (penaids), the lack of evidence certainly does not prove that they are not. The technology behind producing penaids — or still more dangerous — multiple independent reentry vehicles (MIRVs) is difficult, but not more difficult than what North Korea has already accomplished.

Not only does much of the technology date back decades, but North Korea has already proven that it can use cutting-edge design, modeling, and testing practices as seen in their nuclear and missile programs to date. Since every state that preceded them has investigated countermeasures, it is likely that North Korea is as well. In the near term, it is likely that North Korea will pursue simple decoys, which are light and relatively cheap. However, in the long-term North Korea will continue to miniaturize warheads in order to place multiple nuclear warheads on a single intercontinental ballistic missile capable of striking the US mainland.

North Korea’s 4 July 2017 launch of the Hwasong-14 intercontinental ballistic missile demonstrated the use of a shroud. North Korean state television broadcast video showing the launch of the Hwasong-14 ICBM, with stage separation and nose cone ejection. While the cameras didn’t conclusively show a reentry vehicle or countermeasures, shrouds are generally used by states who want to carry penetration aids such as decoys or MIRVs. It is likely this launch had a very light payload to extend the range of the missile. 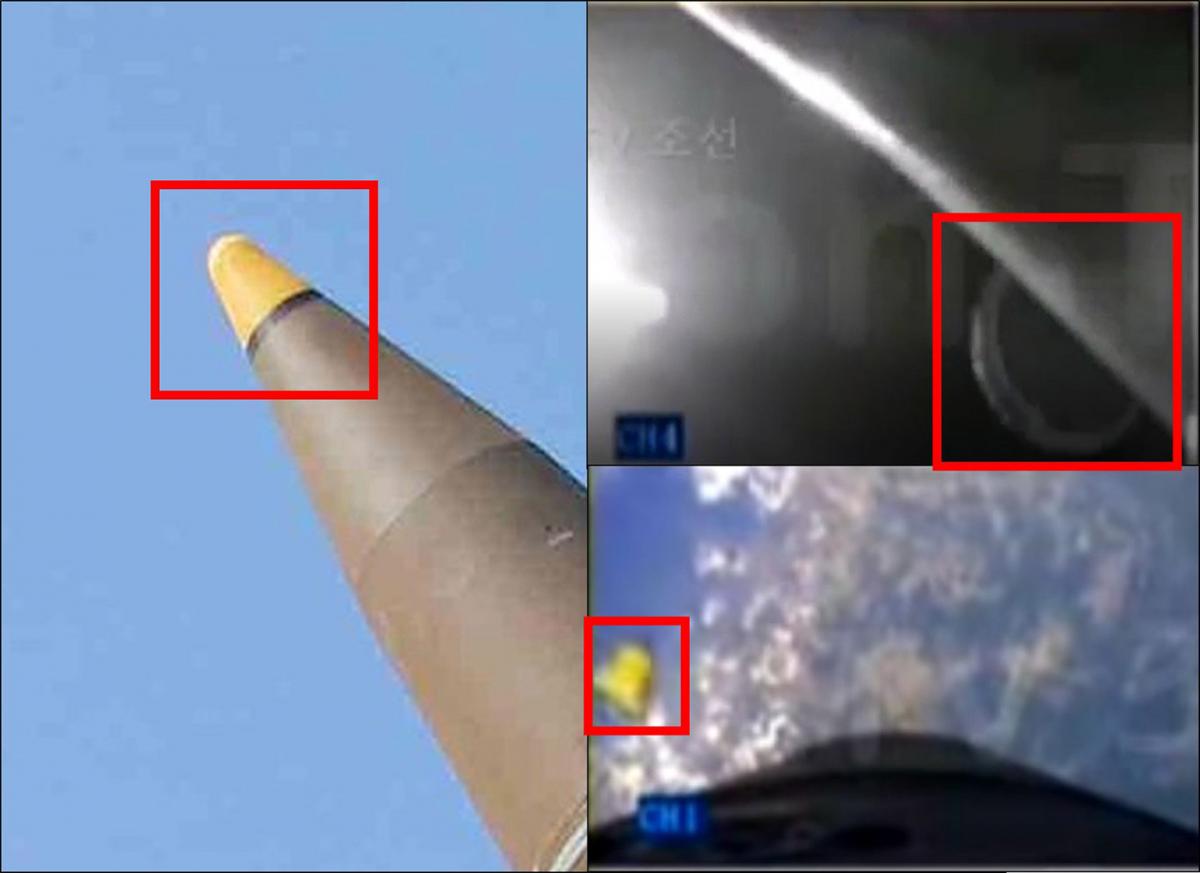 The estimates of the range and payload weight of the Hwasong-14 vary. Because there is so little information available to the public, assumptions made to fill the gaps cause this variance. Assuming all other conditions are equal, the range of a missile is dependent on its weight. The lighter it is, the farther it will go. The 28 July 2017 test of the Hwasong-14 missile had a longer range and slightly different burn times, but it is very likely North Korea used an even lighter (or possibly no) warhead to achieve this effect.

The Hwasong-15 ICBM tested on 28 November 2017 was an even larger and more powerful missile. With a diameter of over 2m, this missile could hold multiple reentry vehicles provided North Korea is able to make warheads small and light enough to fit inside. However, by increasing the weight it would not reach as far. North Korea has only tested the Hwasong-15 once, and never indicated what warhead may use in it. Video analysis of the Hwasong-15 launch shows an acceleration of 4.3m/s2. This number should be treated with low confidence because there has been only one test to measure so far (and it was pretty dark!). That being said, the acceleration is comparable to the results of the two Hwasong-14 tests, though with a much greater mass, the Hwasong-15 demonstrated nearly double the thrust.

Mass is difficult to estimate in the open-source and involves making a lot of assumptions to fill in the gaps. By studying photos of the Hwasong-15, one can ascertain that it has two stages. Each stage has an engine as well as a fuel and oxidizer tank. We can approximate the volume of the tanks and infer the mass of the fuel and oxidizer. One can approximate the weight of the engines and airframe based on what we know about other rockets. Using what is known about the rotation of the earth, gravity, and as many laws of physics as possible, one can make estimates of the range as a function of the payload. Physicists such as David Wright, have estimated the Hwasong-15 can deliver a payload of 750-1000kg up to 13,000km.

Though not an absolute comparison to the Hwasong-15, the SS-17 was the Soviet Union’s first MIRVed missile. While the engine design is different, it is a similarly sized two stage missile fueled with UDMH and NTO, although it had a solid-fueled bus. Researchers assess that it could carry either a single large warhead or four 550-750kt warheads in its payload of 2,550kg.

A conservative estimate of the Hwasong-15, suggests that in the future it could hold 3-4 reentry vehicles of approximately 500-750kg each. To achieve this, North Korea would need to continue to miniaturize its warheads, design a propulsion system for the bus, and master the complex mathematics of guiding multiple reentry vehicles.