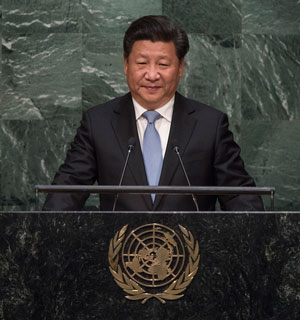 In September, Chinese President Xi Jinping pledged 8,000 troops to create a standby force for UN peacekeeping operations, as well as $1 billion over ten years for the creation of a China-UN “peace and development” fund. While many specifics of these contributions are still unclear, if both pledges are met they would be hugely significant additions to UN peacekeeping resources. The addition of 8,000 troops, added to the roughly 3,000 Chinese troops currently deployed in peacekeeping operations, would make China the largest troop contributing country to the UN by a significant margin. And while it is difficult to know how the pledged $1 billion “peace and development’ fund will be spent or administered, it would represent a significant portion of the UN’s current global peacekeeping budget of $8.27 billion. These are massive contributions. But looking beyond the numbers, how is China’s increased role likely to affect the nature of UN peacekeeping?

In recent years, UN peace operations have shifted from a traditional form of peacekeeping, with a focus on ceasefire monitoring, separation of armed parties, and negotiation facilitation, towards a greater emphasis on both peace enforcement and peacebuilding. Growing peace enforcement functions in particular are changing the face of UN operations. UN missions are receiving increasingly expansive objectives and (mostly) the mandates and resources to achieve them. This increase in peace enforcement is driven by the growing acceptance of the protection of civilians and the Responsibility to Protect (R2P) as normative principles. The clearest example of this new brand of peace enforcement is the authorization of the Force Intervention Brigade (FIB) in the DRC. The FIB has, for the first time in UN peace operations, been given the explicit mandate to pursue offensive operations against illegal armed groups that pose a threat to civilians, as well as the manpower and military capabilities to execute such a mission. While the FIB is currently a one-time experiment, it has the potential to serve as the harbinger for a more general shift towards increased peace enforcement in UN operations. 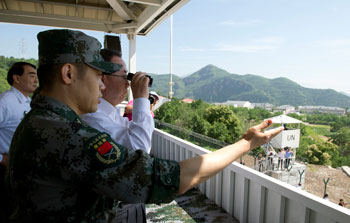 China however, is not yet on the peace enforcement bandwagon. Peace enforcement runs counter to one of the most fundamental of Chinese foreign policy principles, noninterference in the internal affairs of other states. Though its primary purpose is the deflection of foreign criticism of China’s political repression on the home front, China’s adherence to the principle leads it to resist efforts by the international community to intervene in any internal conflict. This principle leads China to take an orthodox view of the appropriate scope of UN peace operations. China has been consistent in asserting that UN peace operations must be undertaken only with the consent of parties to the conflict, that they must remain impartial, and that peacekeepers should only use force in cases of self-defense. This outlook on peacekeeping has been reflected in the nature of Chinese involvement in peace operations. Until very recently, Chinese personnel contributions to peace operations consisted exclusively of medical staff, engineers, police, and other non-combat support staff.

How Will China Shape the Future of Peace Operations?

One possible outcome is that China uses its growing influence to reroute the current trajectory of UN peace operations, retrenching the traditional model of peacekeeping and putting the brakes on future efforts to increase peace enforcement. In this scenario, recent peace enforcement operations are an anomaly and the UN doubles down on the principles of neutrality and use of force only in cases of self-defense. Peace operations are well resourced, but instances of civilian insecurity in active conflicts go unaddressed. While this narrative is an easy sell to those who are wary about the ways China’s growing influence will shape international institutions, it is likely overly pessimistic. China is skeptical of increased peace enforcement, but if it wanted to block all such UN operations for ideological reasons it already had the mechanism to do so via its Security Council veto. The realty is likely to be considerably less gloomy for three reasons. 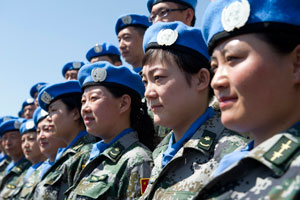 First, even if Chinese personnel are only used in more traditional peacekeeping roles, this still helps fill a massive need. Many missions in recent years have struggled to meet their authorized deployment levels. Full deployments of troops and police save lives on the ground. If China can contribute the large number of troops it has pledged towards the deployments it is comfortable with, while allowing other nations more enthusiastic about peace enforcement to fufill that role, it would be a massive windfall for UN peace operations.

Second, as China’s global position within the international community evolves, its outlook on peace enforcement may evolve as well. The noninterference principle in Chinese foreign policy is less a statement of belief than an attempt to deflect foreign interference in its own affairs. Perhaps, as China grows more confident in its international position and security environment, ardent insistence on the noninterference principle will fade and China will become less ideologically averse to UN peace enforcement. Though its rhetoric-heavy tone often makes Chinese policy positions appear set in stone, in reality, few countries have demonstrated the same ability to make massive policy changes in reaction to changing environments. There are already signs of an evolving outlook on peace operations. China deployed a “security force” of combat troops to the mission in Mali in 2013, and a larger infantry battalion to South Sudan earlier this year.

Finally, while China may have reservations about peace enforcement, it has demonstrated a strong commitment to peacebuilding, an area where UN peace operations are in need of improvement. Peace enforcement and peacekeeping are ultimately futile if the countries where they are implemented relapse back into conflict after the departure of blue helmets. The UN is putting increasing focus on peacebuilding activities intended to build viable states in post conflict settings, but much more needs to be done. This is an area where Chinese peacekeepers have excelled. People’s Liberation Army transportation, medical, engineering and logistic units have improved roads, set up clinics, built bridges and cleared minefields in conflict zones across the globe. All of these are functions which are vital for creating a situation in which normal life can resume and societies can move towards sustainable peace. If increased Chinese participation in UN peace operations means greater resources for these key functions, it will be a significant step towards building more durable peace in the wake of UN operations. 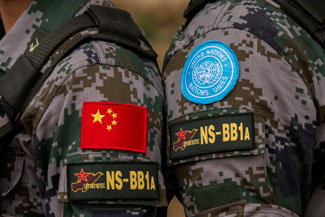 President Xi’s pledge, if fully implemented, will serve as a much needed boost for UN peace operations. China may have some ideological discomfort about the nascent trend towards increased peace enforcement in UN operations, but it has demonstrated that, at least in cases which do not threaten its interests, it will not block such deployments. More importantly, China can play a very valuable role by contributing well-trained, disciplined peacekeepers, and increasing the resources and expertise available for UN peacebuilding operations.