One of the unintended consequences of the increasingly globalized world is the growth of international wildlife crime. Illegal trade in wildlife products is conservatively estimated at well beyond $10 billion per year. China, the United States and Japan are reported to be key markets for this high-profit enterprise with exceptionally low risks. The magnitude of this illegal business is significant and makes up the world’s fifth largest illicit market behind drugs, counterfeit goods, human trafficking and smuggled oil. Because the three countries’ respective judicial systems largely view this crime as a low priority, in-country prosecutions of illegal wildlife traffickers is relatively rare. This has led to a global crisis on the African continent that we should no longer ignore. I base this argument on three issues. 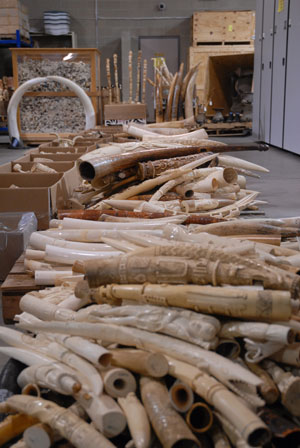 First, there has been an inordinate increase in the frequency of seizures of large consignments of wildlife products, including tiger bones, deer musk, primates, parrots, sea turtles, cetaceans (whales, dolphins and porpoises), Tibetan antelope, corals, conch shells, rhino horn and elephant ivory – to mention but a few. Perhaps the most prominent land-based source of these animal products is the elephant. The illegal trade in elephant ivory, especially of the African variety, is reaching unprecedented levels. Wholesale, high-quality, raw African ivory is reportedly fetching $1500 per kilogram in China. The Chinese have long valued ivory both for art and utilitarian objects, while the Japanese have turned the product into priced souvenirs and jewelry.

Second, these attractive prices have not escaped the attention of dark networks. The illegal trade in African ivory has roped in all manner of players, including terrorists. Two highly credible publications, the Los Angeles Times and the The Independent separately report that an 18 month undercover investigation “found an indisputable financial trail between the illicit trade in ivory [and terrorism]." The investigation details how terror groups, such as the Al-Shabaab, act as middlemen for buying agents in the Far East and Gulf States. These intermediate groups are reported to get much of their stock of ivory from clan-based brokers who have connections to poachers in Kenya, Zimbabwe, Malawi, Mozambique, the Central Africa Republic, Democratic Republic of Congo (DRC), and Cameroon. Funds from the illicit ivory trade are reported to have helped conduct terror attacks such as that levied on the Westgate Mall, Nairobi, Kenya in 2013. 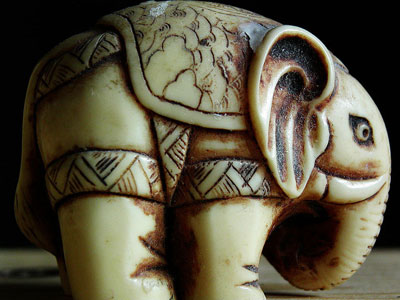 Third, as a consequence of this booming demand for new ivory, rampant poaching in Africa of the world’s largest and most revered animal has taken unimaginable proportions. Despite various movements in the last almost four decades to ban the sale of illegal ivory, in 2014 poachers killed on average 4 elephants an hour, according to the World-life Conservation Society. The demand for ivory and the confusion caused by the release of confiscated ivory into world markets have helped keep black markets prices high in the African continent. In the last three years alone, more than 100,000 elephants were slaughtered in the continent. At this rate of poaching, it is projected that the African elephant could be extinct as early as 2020!

The trade is unlikely to cease as long as there are gaps in the law that enable demand in the three primary markets of China, United States and Japan. In the United States, the 1977 law prohibiting the “purchase, sale, possession for sale or importation for sale of illegally acquired elephant ivory and rhino horn,” while well-meaning, remains grossly inadequate. A major problem with this law as stated is that it is difficult to determine the source and age of ivory on the market. Dark networks and other syndicates have taken advantage of these source and age gaps by disguising the age of tusks recently shaved off freshly killed elephants. The syndicates disguise the age of such ivory by rubbing the raw products with various concoctions to make them appear older.

In order to tackle the drivers that enable the illegal trade in African ivory products to proceed, there will have to be a multifaceted approach at both the source countries and destinations of these products. First, perhaps the May 5, 2015 press release by the National Legislation Project of the Convention on International Trade in Endangered Species of Wildlife and Flora (CITES); could provide a path to tackling this crisis. CITES is an international agreement between governments, and its objective is to ensure that the international trade in fauna and flora products does not threaten the survival of the respective species. While adherence to CITES protocols is voluntary, the Convention does provide a framework of stipulations that can be adopted by 181 member Parties. In the mentioned press release, the Convention cites 88 countries and 13 dependent countries for having weak laws that enable the trade to go on in their jurisdictions. 17 of these countries are identified by the Agreement as “requiring priority attention.” These are Algeria, Belize, Bolivia, Comoros, Djibouti, Guinea-Bissau, Kazakhstan, Kenya, Liberia, Mauritania, Mozambique, Pakistan, Paraguay, Rwanda, Somalia, Tanzania and Venezuela. What is striking about this list is its marked domination by African countries with diminishing elephant populations. 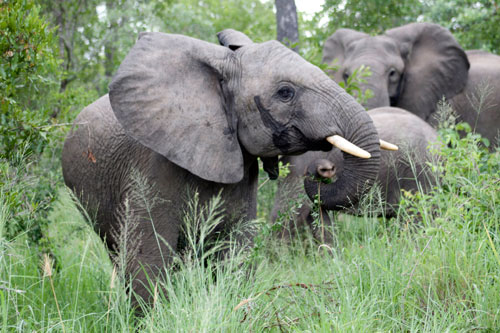 Second, besides having weak laws that enable the trade to go on, these countries depend on the presence of wildlife as a major attraction for foreign tourists. The various countries’ economic development and the growth of eco-tourism and related endeavors are therefore, tied to national conservation efforts. Tightening the respective national laws, especially for these African countries, has multiple benefits. Elephant populations are a valuable natural resource meant for posterity. While the conventional wisdom of valuing natural resources, such as oil, metal, precious stones, timber, animal pelts, rhino horn, and ivory is to put a price tag on the item, this should not be the view of African countries blessed with elephants. The elephant is not only a vulnerable and endangered species, it is an icon of nature in which these countries should take great pride and work to ensure future generations can enjoy.

Third, poaching prevails where a high level of corruption is the norm. It is no accident that the African countries in the mentioned list are in the lower quadrants for various corruption indices such as Transparency International’s metrics. Fighting corruption requires political will at the top levels of government. While much of sub-Saharan Africa has been guilty of corruption, as evident from multiple indices, the tide is slowly turning. Rwanda, for example, is documented by a recent issue of The Economist as pursuing a path that, while limiting some civil liberties and controlling freedom of expression and association, displays an environment where “business is booming, corruption minimal and foreign investors flock to the country.” Kenya has also recently forced key leaders to “step aside” as they are investigated for charges of corruption and abuse of office by the country’s anti-corruption authority.

Fourth, it is in the interest of source countries and foreign markets for ivory products to actually work together in order to counter the availability of new ivory in the market place. A recent United Nations Office of Drugs and Crime (UNDOC) publication provides guidelines on “Methods and Procedures for Ivory Sampling and Laboratory Analysis.” Just like the illegal diamond trade that is being fought using tools such as the Kimberley Process, ivory’s presence in the market can be tied to legitimate sources through the use of standard protocols. These include carbon dating and DNA tests that can identify geographic origin of the ivory rather than just the shipping locations of illegally acquired ivory. The DNA analyses of the ivory products would then help local authorities concentrate law-enforcement efforts to stop poaching while simultaneously signaling to foreign markets that the final products on offer are illegitimate. 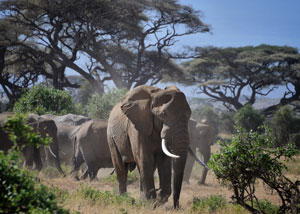 Finally, a more drastic but permanent solution is to emulate the tactics that brought stigma to the fur trade. The cultural concerns that helped crush the Panda bear fur and shark fin trade in the 1960s can also be brought to bear on the African elephant and rhino. The idea is being promoted by individuals associated with Wildlife Direct, a Kenyan NGO and US registered 501(c) (3) organization headquartered in Nairobi, Kenya, whose aim is to “change minds, behavior and laws to ensure Africa’s critical species endure forever.”  They argue that the elephant represents Africa’s identity as a great, intelligent, powerful, and unified community. To most Africans, the image ivory connotes is death, and the only way one can get their hands on ivory is by killing elephants. This killing of elephants to satisfy demand in China, US and Japan should therefore be viewed as an act of declaring war against Africans, just like those who attack or deface the Statue of Liberty, the Chinese Panda, the Japanese Chrysanthemum and other important symbols of the developed nations. This thinking is behind the movement that seems to be gaining some currency. A global march in 150 cities across the world recently provided a united front for conservation of the endangered African elephant and rhinoceros. Several high profile personalities, including Sir David Attenborough, Sir Richard Branson, Stephen Fry, Ricky Gervais, Rory Bremner and Michaela Strachan, shared their public support for these marches.