This spring, thousands of farmers and villagers left their homes in the drought-affected districts of the state of Maharastra (western region of India), seeking refuge in the state’s capital city of Mumbai. Out of the 43,000 villages in the state, 27,723 villages have been declared drought stricken, with approximately 9 million farmers having little or no access to water.

These ‘climate migrants’ are among the millions who, over the last decades, have moved to Mumbai from surrounding rural areas. Increasing numbers of farmers and villagers are moving to cities as climate variability and extreme weather events take a toll on agricultural production, thereby undermining rural livelihoods. When they arrive in Mumbai, many of these migrants do not have access to food, shelter, clean water, or employment opportunities. An estimated 54% of Mumbai lives in slums, while 67% of the city’s population works in the informal sector. 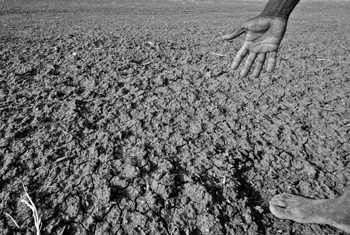 How can cities in low and middle income countries strengthen their institutional capacities to deal with the influx of people from rural to urban areas due to the effects of climate change? I argue that these local governments can adopt a number of measures aimed at improving their ability to deal with the challenges associated with climate-induced migration. These include

a)     improved legal and governance frameworks

c)     the scaling up of financial resources for migrant NGOs/city programs, and

d)     the complementing of local level efforts with policy action at the international level.

Local Government Shortcomings and the Challenges that Migrants Face

Currently, the pace of urban growth in low and middle income countries exceeds the capacities of these local governments to adequately address the challenges associated with rural-urban migration. Weak institutional, governance, and legal structures make it difficult for city officials to introduce reforms and laws to protect migrants’ rights, while ensuring that they have access to vital social services. Many cities in developing countries do not have the necessary infrastructure, i.e. buildings, transport networks, power supplies, water supplies, and sanitation, in place to deal with population growth.  Cities are often too under-resourced, with limited funding, to adequately respond to the problems associated with migration. Lack of information and data on migration is limited in terms of availability and accuracy, therefore constraining the ability of municipal decision-makers to develop pro-migrant policies. Finally, the concerns of migrants are often not taken into consideration, nor integrated, into most city developm­­­ent plans and policies. 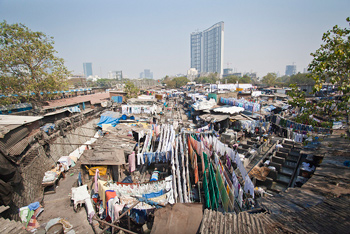 Due to these local government shortcomings, new arrivals to cities face a number of challenges. They experience many legal and social barriers, as well as obstacles for accessing the many social services that a city can offer, such as housing, education, and healthcare services. Migrants tend to be on the margins of the formal economy, taking part in the “informal economy” of the city, which includes unskilled, low-paid work. Women migrants are particularly vulnerable to exclusion from formal employment. Access to adequate shelter and housing is a pressing problem for many urban migrants. For example, in Lagos, which receives 1,200 people a day, two out of three city residents live in slums. Migrants often find that they are excluded from municipal healthcare systems. In China, millions of urban migrants do not possess proper official documentation and thus do not have access to healthcare services. Finally, migration may be associated with an increase in conflict in urban areas. Tensions may arise between new migrants and local city residents due to competition over land, food, and employment opportunities. Recent social unrest and violent conflict in Syria has been linked to climate change-induced drought (2006-2010) which forced hundreds of thousands of farmers to move to under-resourced cities incapable of providing these new migrants with employment opportunities.

What can local governments in resource-constrained countries do to address these challenges? In contrast to national and international initiatives, local action plans are much more tangible and collaborative. Moreover, city officials tend to have stronger ties to their communities, allowing them to collaborate closely with local stakeholder groups to ensure that their concerns are adequately addressed in city planning decisions.

With strong legal and governance frameworks in place, cities can better address the challenges that urban migrants face. Weak legal and judicial systems, where laws are not enforced, can undermine the ability of city governments to adequately protect migrant communities. City governments should strengthen existing legal institutions while introducing new laws and policies that ensure migrants are consulted on issues affecting their livelihoods, that they have access to social services, and that they are protected from discrimination in the workplace.

Porto Alegre, Brazil is an example of a city which has introduced some creative avenues for fostering citizen participation in city management. In 1998, the city introduced a participatory budgeting model with the aim to increase citizen engagement in the allocation of public finances. In this way, citizens can prioritize investments in infrastructure and amenities that best serve the needs of their communities. City officials in Porto Alegre estimate that in one year, approximately 40,000 citizens participate in public meetings and are responsible for allocating half of the city’s budget. The urban poor constitute the majority of these participants.

Technology can complement innovative, bottom-up approaches to city planning. For example, the city of Lagos has developed an “Open City Lagos Project” which hosts a “Lagos Tweet Chat” program on Twitter. As part of this Twitter program, residents are asked to share ideas on ways in which urban officials and planners can improve the living conditions of city residents.

Cities need financial resources to effectively implement policies and programs in support of migrants. As international funding for climate adaptation initiatives increases, a portion of this funding can be channeled towards city programs and grassroots, migrant-led initiatives. At the UN Cancun Climate Conference (COP 16), which took place in November 2010, governments agreed that climate migrants are qualified for assistance under a number of funding channels within the United Nations Framework Convention on Climate  Change. Migrant associations can partner with city officials to develop Local Adaptation Plans of Action which are eligible for financial resources under the Green Climate Fund and the Least Developed Country Fund.

Finally, local level efforts can be more effective when complemented by policy action at the international level. For example, international climate agreements can set goals for climate adaptation which includes support (financial and technical) for climate migrants. At the recent UN climate conference in Paris (December 2015), the issue of climate-induced migration was included in the preamble text of the Paris Agreement. According to the Agreement’s text, governments should “develop recommendations for integrated approaches to avert, minimize, and address displacement related to the adverse impacts of climate change.” While the agreement doesn’t mention the role of local governments, increased attention to the issue of migration will likely bring opportunities for cities to collaborate with international non-governmental organizations, international donor agencies, and local and national governments in the developed world.  Such international collaboration can strengthen local government efforts to address the manifold challenges faced by migrants in resource constrained cities. 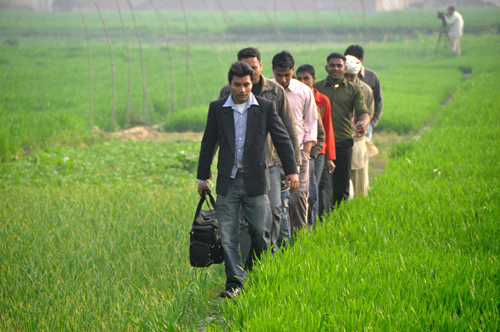 Ambika Chawla works as a consultant for OEF Research on issues related to local governance and climate change. She has a master's degree in environmental law from the University of Denver and has worked for United Nations- Habitat. She is the lead author of the UN's Official Policy Paper on Cities and Climate Change for Viet Nam and she was the project coordinator for the book State of the World 2009: Into a Warming World, published by the Worldwatch Institute. Ambika can be reached at achawla@oneearthfuture.org.