What we know about war, at least comparatively, is largely driven by the type and availability of data on conflict. And what types of data exist? For intrastate conflicts, which are the dominant type of conflict today, we know three basic things: when conflicts occur, how long they last, and how deadly they are. And by most manipulations of these metrics, we know that conflict is becoming increasingly obsolete. As Joshua Goldstein (and others, see here, here, and here) asserts, there has been a dramatic decline in conflict. Interstate wars are extremely rare and the rate of intrastate conflicts is falling. Yet it is easy to lose sight of this reality; it is simply very hard to square this with the public brutality doled out by groups like ISIS, the seemingly unhinged nature of the Syrian conflict, and the risky political regressions that have taken place in Iraq and other fragile states. And although we can quip about methodology in some places, the empirics tend to tell a pretty consistent story. Goldstein is right. Conflict is on the decline. 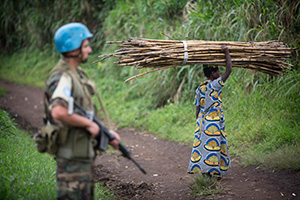 What else do we know? We know that the level of poverty in a county matters for civil war. It is actually one of the most robust predictors of conflict in the empirical literature.  The odds of conflict increase with poverty, which basically means that poorer countries are at higher risk for conflict.

Knowing what we know, the answer to further reducing conflict seems to lie at the intersection of development and conflict. Taking stock of contemporary institutions that potentially sit at such a nexus, Goldstein is optimistic about the potential of the UN although he is also cautious. The UN is far from perfect; it is often inefficient and at times excessively political. His optimism is also tempered by a realistic assessment of how well the UN is currently resourced which, Goldstein asserts, is far from perfect. Some peace missions - Sierra Leone for instance - have been stunningly successful. Others, like the Democratic Republic of the Congo, woefully under-resourced. 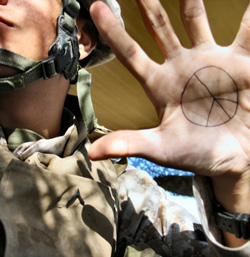 In what other ways can the international community work toward sustaining the downward trend in conflict? We agree with Goldstein that sustainable systems that support peace are only possible with the involvement of many different individuals and organizations. Peace cannot be built on the back of only a few. It demands multiple stakeholders and a commitment to inclusivity. We need multiple sources of input from groups like scholars, practitioners, policy-makers, soldiers, companies, civil society, and the international community. Learning how to support peaceful sustainable systems simply will not happen without a multitude of diverse and invested perspectives.

And this requires some organizational administration in the areas of conflict prevention and development. We need institutions to coordinate our collective efforts to support peaceful systems. This may be one reason the UN has proven so valuable; it provides a focal point for many conversations about conflict and development to take place. But it is not enough. Going forward collaboration will become increasingly complex and the demands for efficient processes will grow. How the international community deals with this complexity will have a lot to do with whether the peaceful trends remain.