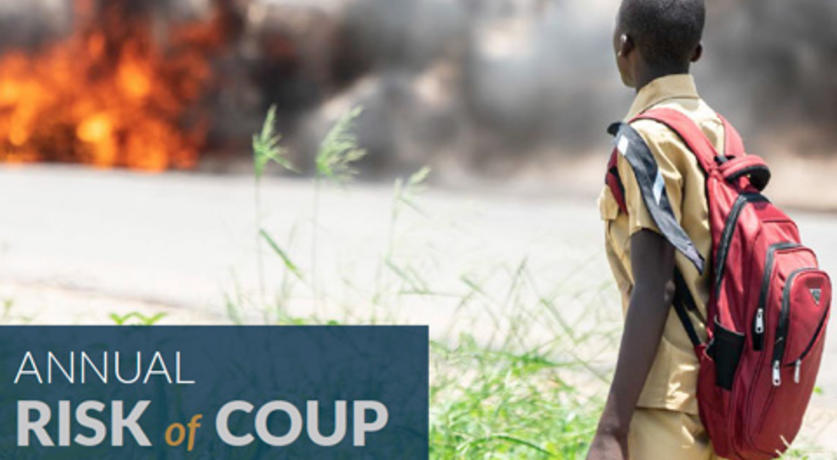 The goals of this first ever Annual Risk of Coup Report are two-fold. First, it provides an in-depth global and regional look at the likelihood of coup events for 2019 based on a combination of quantitative forecasting and qualitative analysis of specific coup-prone states.

Examining historical trends, it provides analyses on the risk of coup events and the geographic hotspots for the coming year. This information is further broken down regionally by examining Asia, the Americas, and Africa individually. These regions represent the most recent hotspots for coup events, thus warranting a closer look at the most coup prone countries for 2019 and the reasons why they are more likely to face a coup attempt.

Second, our forecast and analysis are not meant to supplant incredibly important regional and political expertise surrounding coups and political instability, but to add to it by using a different kind of tool-kit for forecasting future coup risk. Coups, and political instability broadly, are unique, and no single quantitative forecast will provide perfect information about the risk governments face going into the future. Knowing this, we can still utilize historical trends in coup events alongside social, environmental, political, and economic data to identify the conditions in which individual coup plotters will make decisions.